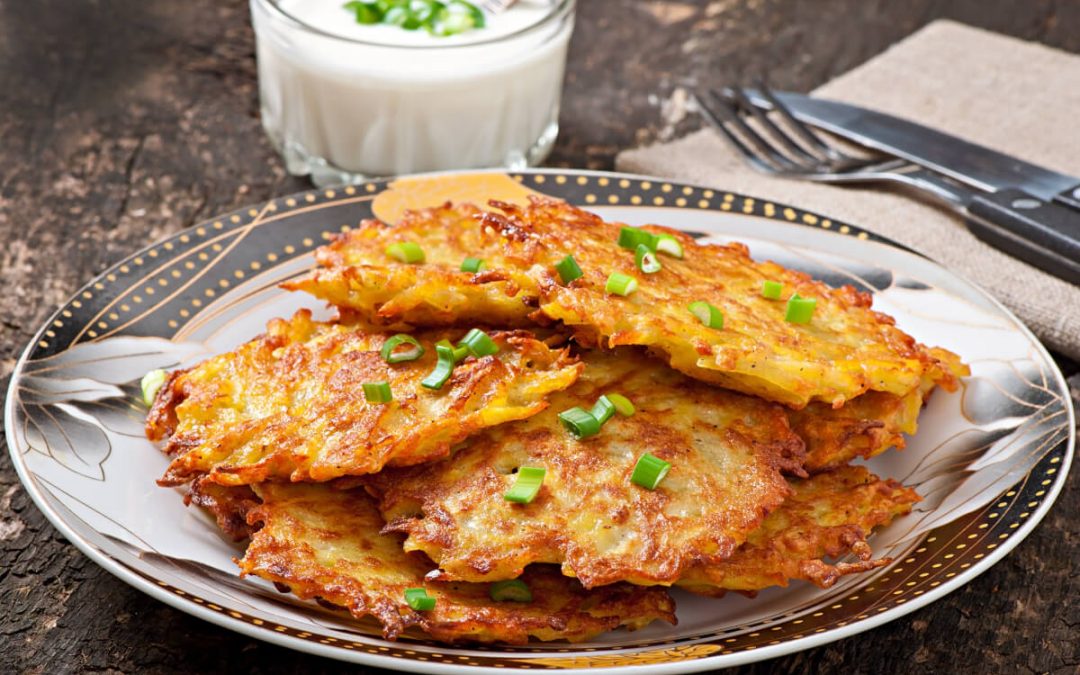 0 hours 30 mins
My Curated Tastes is reader-supported. When you buy through links on our site, we may earn an affiliate commission at no extra cost to you.

1. Peel the potatoes and hold them in a bowl of cold water to keep them from browning.

2. Using the grater on your food processor or a hand held grater or box grater, grate the potatoes and the two onion halves into a large bowl.

3. This is the most important part: draining and squeezing out as much liquid from the onion/potato mixture. Transfer the potatoes and onion to a fine-mesh strainer and squeeze out all the water. Press down on the mixture to remove that excess liquid. Add the dried mixture to a large bowl and mix in the beaten egg, flour, chives, 1 teaspoon of salt and fresh ground black pepper to taste.

4. Heat a cast-iron skillet with a thin layer of canola oil over medium heat. Scoop about ¼ cup of the potato mixture into the pan and flatten them out with a spatula so they get crispy when frying. Fry until golden on the bottom, then gently flip and fry the other side, 3 to 4 minutes per side. Drain on paper towels. Sprinkle with salt as soon as they come out of the oil.

NOTE: My dad was an occasional cook in our house when I was growing up BUT he was a whiz in the kitchen. He never went in there unless he came out with something special and potato pancakes was definitely one of those amazing meals. As I grew up, I learned other families had them all the time or on holidays. We did not. This was a really big treat for us. They were “Lithuanian potato pancakes” (He was Lithuanian and I think we thought anything he made was Lithuanian…lol) This was a dish he grew up with so I know it brought back fond memories for him and it still makes me think of him.

When he made these, they weren’t served as a side dish or for brunch or as an appetizer. They were the meal! And we had them with sour cream. Period. I never heard of serving them with applesauce and didn’t even know they were called Latkes in other houses! Over the years, I’ve substituted Fat Free Greek Yogurt and love it but the traditional accompaniment is sour cream. If you must, go ahead and add applesauce…I won’t be mad. They just won’t be Dad’s potato pancakes.
These are simple and easy to make. They do make a great side dish and even a fun appetizer if you make little mini pancakes and top them with a dollop of sour cream and a couple of chopped chives.

You can make these ahead and keep them warm in a 200-degree oven. If you’ve made them much earlier in the day, you can re-crisp and reheat them in a 350-degree oven on a baking rack for about 15 minutes.
One last tip, I can make these and form the patties. Put them on a baking sheet in the freezer for about ½ hour to freeze. Then, put them in Baggies and store in the freezer until ready to cook. Remove from freezer and cook without thawing until cooked through.

Here’s to my dad who made every adventure in the kitchen a delicious one. 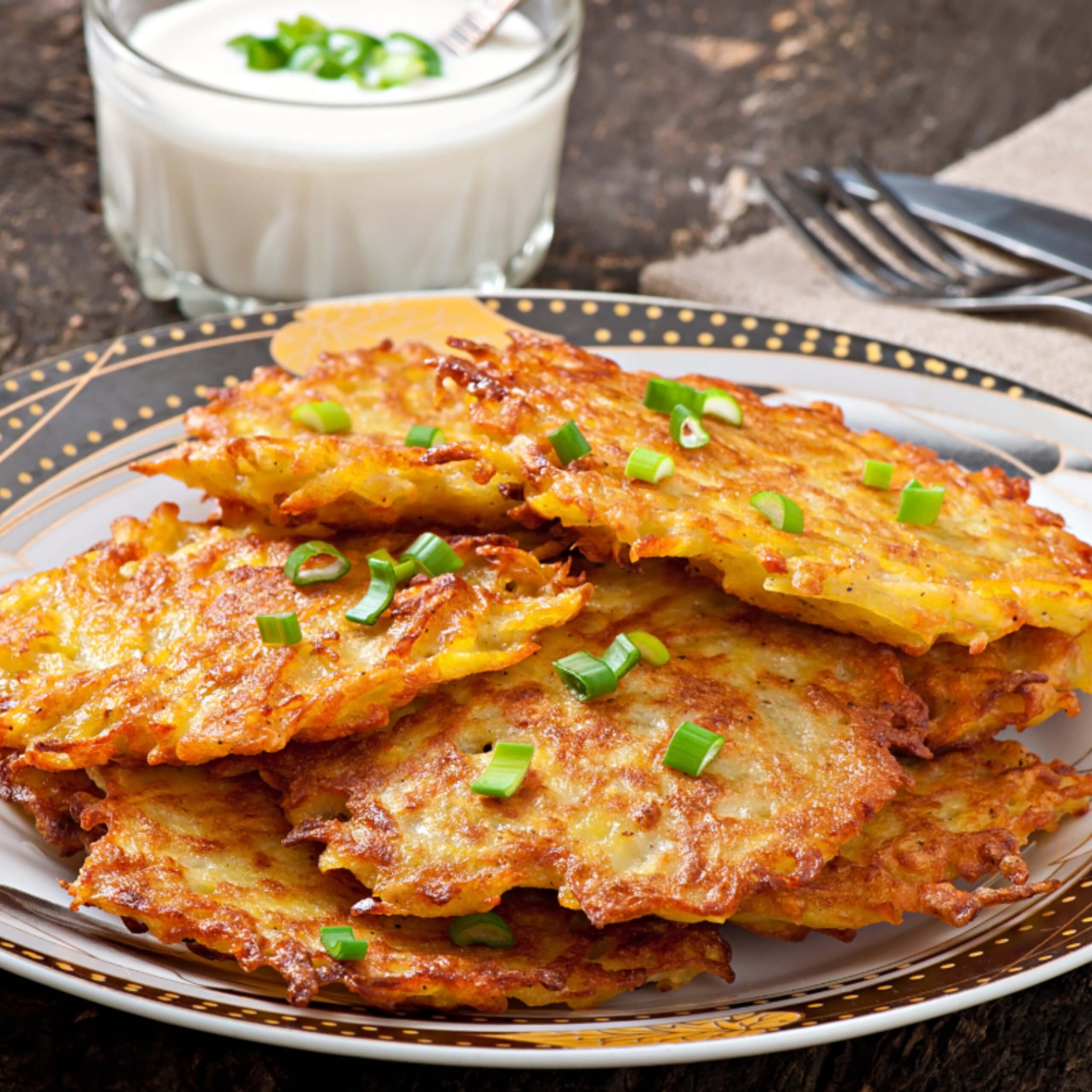